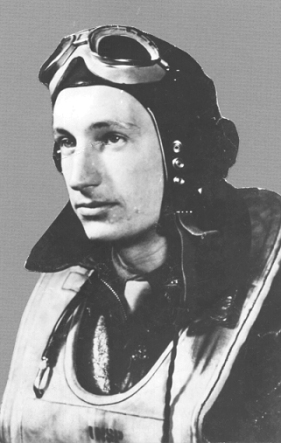 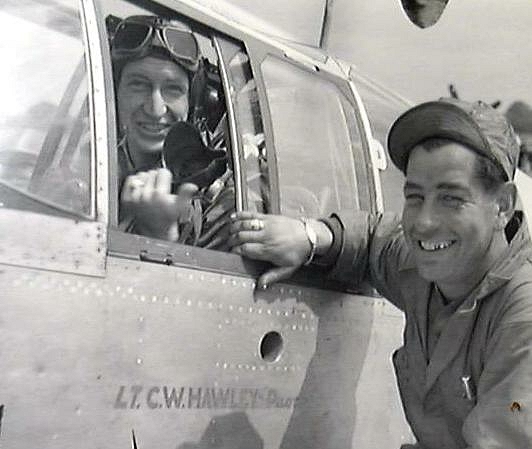 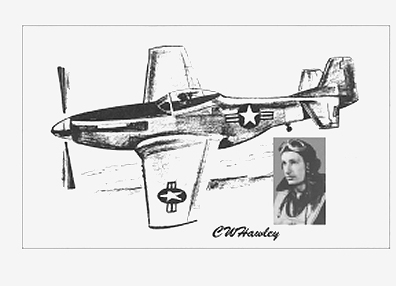 355th Fighter Squadron
Lt. Charles W. Hawley joined the 354th March 8,1944.  He would spend 10 and a-half months fighting the Luftwaffe over Europe.  Lt. Hawley would fly 85 missions and claim two air victories and two probables.  He would also destroy a Heinkle 111 bomber sitting in a hanger in Luxembourg.
On four occasions his plane was hit by shrapnel, never in a vital area, but he never sustained a single scratch.
Lt. Hawley was flying the mission of July 5,1944 near Caen.  Lt. Emerson led this mission and soon found ten FW's flying into a cloud of which he damaged four and Lt. Hawley damaged two.
It was on mission #232 on August 25,1944 flying from A-31 at 0810 hours, that Lt. Hawley would be flying 2nd element flight leader in the plane coded GQ-Y.   Major Stephens would be leading the mission that was headed to Rhiems when they attacked a flight of 20 plus FW-190's and 109's.
It was in the ensuing battle that  Lt. Hawley would claim one of his air victories as he shot a member of the Luftwaffe down in an FW-190.
Here Lt. Hawley shares a lighter moment with his crew chief Leroy Huff.
It was this     P- 51B on a later mission that was taken up by Lt. George Hoehn and shot down.  Lt. Hoehn ,Junior as he was called by the other pilots,  would make it safely back through enemy lines to his own group.
A sketch of Lt. Hawley's P-51
Lt. Hawley received the Distinguished Flying Cross, the Air Medal with nine oak leaf clusters, the Distinquished Unit Citation and several other medals for his dedicated service overseas in the Pioneer Mustang group!